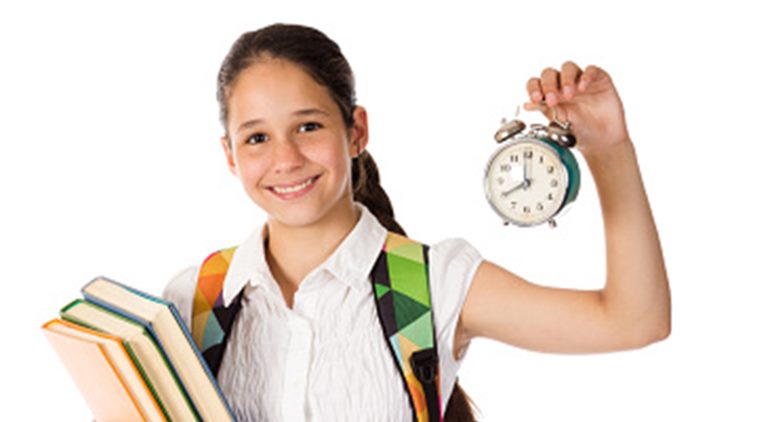 Dern family interactions are not the least minimal. A variety of activities outside the location of living both carried out by parents and children, creating family members rarely meet. This creates parents setting aside narrow times but still quality.

Based on information from a child psychologist who is also Co-Founder of Children Cafe Nuri Indira Dewi, to optimize the narrow times for quality interaction, not only parents who must arrange the time. Children also need to be taught to set the time.

“Parents have their work and necessity, for example working — likewise children, for example, school, tutoring, playing, etc. If the time is not arranged, it can minimize the frequency and intensity of interactions between parents and children,” Nuri said.

With time management, said Nuri, children have a structure that creates them more easily predict what will happen. The ability to plan, forecast, to anticipate, create children – children know what they want and what behavior they can display.

Another reason, continued Nuri, is that the skill in managing the times from the beginning can create children tomorrow to be active and more organized adults.

How to teach children time

Nuri says the skill of arranging the time, it can be explained since childhood, that is by creating a daily schedule (daily routine).

First, make a daily arrangement of activities for children from getting up in the morning to resting at night. “Place it in a location that is easily witnessed by children,” suggested Nuri.

Secondly, toddlers who are not familiar with letters and numbers can be made a schedule in an image format. For example, eating time is represented by pictures of plates and spoons, periods of bathing with pictures of soap and shampoo, times of playing with images of dolls or cars. Try sticking it on the wall of the room in sequence.

Children aged toddlers are known to not need to be taught about the concept of the clock, for example at 1 o’clock, 12 o’clock and so on. However, there is no harm in reciting the range of times for a particular job.

The third is always to mention the name of the activity each time is a transition time. For example by indicating schedule pictures that are mounted on the wall. For instance, by saying, ‘Because you have passed the bath, now we can have breakfast.’

Carry out a regular agenda consistently

For the fourth technique, a regular schedule can be carried out continuously, both in sequence and duration. So that children do not get bored, the fifth technique that is carried out by parents is to make children’s work vary.

“However, you cannot change the order. For example, if we have assessed after bathing, children can eat, then play. Then give different options when playing. For example, playing today, later playing play dough, the next day you can play football. “Keep in mind, playing is still carried out after the child has passed the meal,” explained Nuri.

Sixth, for more children who have known letters, other techniques can be submitted to the daily schedule in written format and a combination of images, and have children join in arranging their plans. If there is a sudden evolution of the plan, the next technique immediately informs the child why the schedule has changed and says that it will return home later.

Seventh, there have been other work plans from far away, children can be notified from some days before.

Finally, if the mother works then, it can be maximized in the morning.

“Always wake up 15-30 minutes early so you can prepare everything before school children, for example taking a shower first, preparing warm water for children to bathe, breakfast, uniform, etc. Breakfast together and taking children to school can also be used to chat with the child, “said Nuri.